This section or article is being updated. Certain details are subject to change. You can help this by contributing.

In order to facility creative RP this species has no HARD defined lore. As directly quoted from Admin Slingblade on the discord "As for all the fine details? Leave that to the players. They have to fill out an SCA and get it approved. If its approved, its as good as canon, since we're checking that its compliant and lets the player leave their little mark on what is a frankly unique lifeform." This article is here to simply help you better understand the basics of what a protean is so that you can better fill out the SCA on our forms. 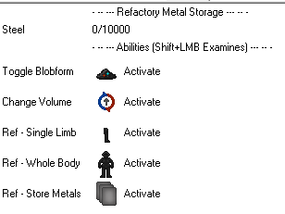