The Hero the Station Needs 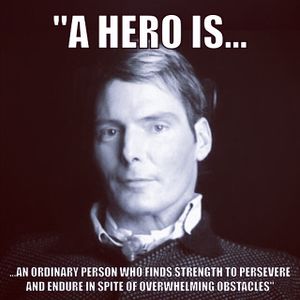 In other words, if you want to be a hero, just do what you'd normally do and don't lose your shit when things go wrong.

Unless you are Baristo LeEnfant, one cannot properly be this character. "The Hero the Station Needs," is a term generally used to describe wannabe heroes. These "heroes" usually end up getting in the way of security and/or emergency personal, and are typically the first to die in an emergency situation, while possible contributing to the death or general misfortune of the rest of the crew. Don't try to be a hero. Leave it to the people whose job it actually is.

That doesn't mean you can't be a hero. The thing is, most of the people recognized as heroes weren't actively trying to be one. They were just doing what they normally do and remaining calm under pressure. Do that, and you'll achieve great things and not look like a totally incompetent clod in doing so.