From VORE Station Wiki
Jump to navigation Jump to search
News stories, interviews, rumours and scandals, all Periphery and beyond.

This page is a collection of news articles posted to the periphery post discord channel, organised into topics. For other sources of news three hundred years from now, see: Free Anur Tribune

Trouble in Virgo! Smoke seen from space! A cover up??? 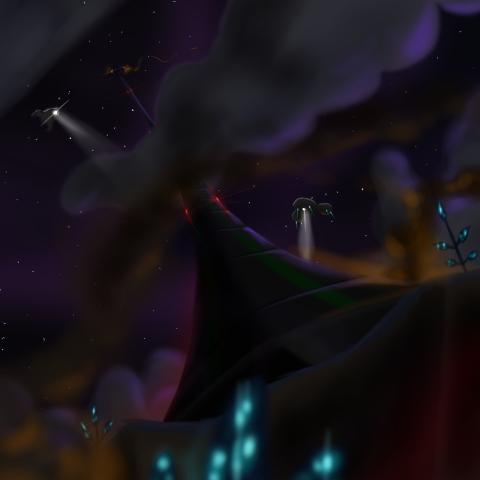 After several long months out of service, the Nanotrasen space elevator platform Adephagia is re-opening for service. Staff of the facility have been working full time on the starship Stellar Delight, but are set to be reassigned back to their original posting on the Adephagia. The company has stated that they are developing a rotation schedule, aiming to get people into the positions they're needed most. In the interim, Nanotrasen has been mustering a deep space crew to man the Stellar Delight while the Adephagia crew is off ship. This crew will take the ship into the deepest reaches of the Virgo-Erigone system and beyond.

The reactivation of the Adephagia facility spells much lower fuel costs in the system.

Nanotrasen to field a new vessel! Searching for qualified crew

Morpheus warns against use of unlicensed cyberware

Dangerous criminals on the loose after mass breakout!

So, the basis. They were feeding electricity to a very small sample of supermatter crystal and trying to extract it by exciting the lattice structure, thus, causing the crystal to grow unstable and release its energy. All went well and fine, up to the point where the Watts seemed to cross some kind of threshold never before seen.

New Colony added to the Sphere of the Ares Confederation

Federation Admits That Much Of Their Intel Comes From HoloNet Leaks Meant To Win Arguments.

Are you tired of not owning something? Do you wish to become a property developer? Do you seek the hardy work of the frontier of our pioneer ancestors?

Opinion: Personally, I would feel safer if we gave ZOOMBAs guns

THE WAR IS FINALLY OVER

This is an update to Heartbreaking: Local Oaf puts a perfectly good cigarette in ashtray